The award for the most innovative, knowledge based idea of Amsterdam

The project ChloroSpec, initiated by Alfred Holzwarth and Roberta Croce, establishes as BV. 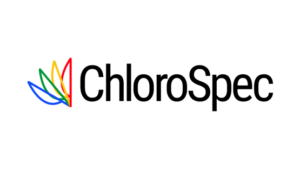 Lead by Peter Kievit (serial entrepreneur), ChloroSpec is a developer of plant health and stress analysis systems. ChloroSpec has developed a new technology that should become the gold standard in chlorophyll fluorescence monitoring of plants and algae, and analyzes how plants respond to different stresses. The system measures distinct photosynthesis components, their quenching mechanisms and early reactions to a wide range of stress factors within a living photosynthetic organism.

Becoming a spin-off
Peter Kievit, CEO of the newly established company on becoming a spin-off:
‘I’m very excited to help bring this promising innovative technology to market and look forward to a continued cooperation with the various VU departments involved. Also very nice and convenient that we were able to establish our company with an office within the Amsterdam Venture Studios at the VU.’

How it started
Research on this multidimensional measurement method was initiated already over ten years ago by Prof. Alfred Holzwarth (visiting professor at the VU). Later he started working together with the biophysics department from the VU headed by Prof. Roberta Croce and they have successfully developed a Proof-of-Concept version. Extensive test measurements with this PoC version, e.g. studies of early heat, drought and nutrient stress on crop plants fully confirmed drastic improvements in information content and detecting such stress phenomena at an early stage. After some time in the Demonstrator Lab, the spin-off will now be moving to the Amsterdam Venture Studios of Vrije Universiteit Amsterdam. Besides the professors, the project also involved the student Lukas Jasmontas from Jacopo Urbani’s group working on the artificial intelligence piece. Furthermore, the electronic workshop of the VU led by Rob Limburg has done a lot of work.

Future plans
ChloroSpec wants to bring their technology to market in various product versions, suitable for the various user groups. Initially a lab version for specialised laboratories, a (non-mobile) greenhouse version and eventually a portable version and a drone version. The product’s brand name is ChloroSpec (chlorophyll spectrometer), same as the company name.

The successful university incubator Demonstrator Lab Amsterdam opens a second location on 28 March 2022 at Amsterdam Science Park. Thanks to the huge success at the VU location and the enormous need for such a living lab, the incubator is expanding with a location in the UvA FNWI building. At both locations, researchers and students […]